The lawsuit between the Securities and Exchange Commission (SEC) and blockchain firm Ripple looks set to be nearing its final stages, with both parties filing motions that will likely influence the overall judgment.

In the latest development, United States defense lawyer James Filan revealed that the regulator had filed a motion to block Ripple’s expert opinion. According to the SEC, the testimony should be struck, noting that the experts are unreliable as they offer ‘improper legal conclusion.’

The agency also alleged that one of the experts lacked the right background to provide an opinion, citing that he copied it from sources such as Ripple blogs. In general, the SEC attacked the qualifications and reputation of Ripple’s experts, stressing that they needed to be in a position to understand the subject at hand.

Similarly, the attorney shared that the Ripple defendants in the case had also filed a redacted motion seeking to remove the testimony of SEC expert evidence and the accompanying exhibits on the public docket.

Amid the latest updates, defense lawyer and popular commentator on the case, John Deaton, predicted that the case might move to the final judgment by the presiding judge. After that, he noted that the parties might reach a settlement to avoid further appeals.

Even as speculation remains regarding the subsequent trajectory of the case, the Ripple community has favored a settlement, according to a previous Twitter poll commissioned by Deaton. However, other legal experts maintain that both parties still have a fair chance of winning.

Ahead of the much-anticipated ruling, the SEC and Ripple are currently embroiled in a tussle to seal specific evidence on several grounds, including protecting confidentiality. The move has, however, been met with rebuke from the crypto community.

As a reminder, the lawsuit emerged after the SEC sued Ripple for raising over $1.3 billion after selling unregistered securities in XRP tokens. The outcome of the matter is expected to have a significant implication on the general crypto market, including influencing the value of assets such as XRP.

Initially, the value of XRP received a boost from positive updates in the case, despite the market undergoing significant sell-offs. The token is now rallying in line with the general market bull run. By press time, XRP was trading at $0.39 with daily gains of almost 1%, while on the weekly chart, the token is up over 10%.

As things stand, the sixth-ranked cryptocurrency by market cap controls a capitalization of about $19.5 billion. 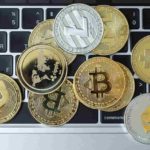 How to create your own cryptocurrency - 8 key steps