Ripple (XRP) has recently been in the news as a result of its ongoing lawsuit with the Securities and Exchange Commission (SEC) and the use of two newly revealed legal memos.

The SEC wants to force the company to give over notes made by Matthew Estabrook, counsel to former SEC Commissioner Elad Roisman; however, Filan observes that the SEC is merely seeking a “do-over.”

“Ripple and the Individual Defendants have filed their Opposition to the SEC’s Motion for Partial Reconsideration and Clarification of Judge Netburn’s DPP Ruling, noting that the SEC is simply seeking a “do-over.” Mr. Filan wrote.

By making public the initial filing from February 2012 and the second memo there was “a compelling argument” that the planned tokens would not be subject to federal securities laws; the company was outlining how it acquired its guidance, winning one battle in the court of public opinion.

The notes were discovered in January 2022

The aforementioned notes, made during a 2018 meeting between Elad Roisman and Brad Garlinghouse, came to light in January 2022, when Estabrook was clearing up his desk in preparation for his departure from the SEC.

Prior to this, Ripple had filed a request to force the SEC to give over the Estabrook notes after the agency claimed the DPP and refused to pass them over to the company. On the other hand, Ripple maintained that the notes were not protected and should thus be made public.

According to the company, Ripple CEO’s departure from the meeting was recorded by the SEC, which led the business to believe that the SEC had acknowledged the legal “purgatory” presented by regulatory uncertainty.

According to the Ripple General Counsel, the SEC should have examined the Perkins Coie memoranda and used Ripple as an example of proactive compliance.

“The fact that you would have a government agency trying to take these memos and use them as a sword, or as a bludgeon, rather than applauding a company that was doing the right thing, as general counsel of the company, but also just a lawyer who’s been practicing for 35 years, I find that incredibly offensive,” the Ripple GC said.

As seen by recent price movements, the token seems to have moved on from the repercussions of the SEC lawsuit. In tandem with the expansion of Ripple’s payment system network, the asset’s price is rising in lockstep with the larger market.

If positive sentiments around people interested in purchasing Ripple continue to prevail, the cryptocurrency’s value has the potential to reach $1 and much higher by the end of the year 2022.

Because of this, if the case is determined in Ripple’s favor, the asset’s positive sentiment will almost certainly get stronger, and the asset’s price may be pushed above the $1 mark as a result of the decision.

As a result, the Ripple price prediction may assist you in determining whether or not the cryptocurrency will be able to achieve that level of value. 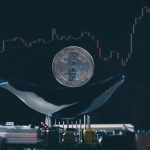