More and more automakers are introducing or are already offering electric variants of popular models, indicating that manufacturers see electric vehicles (EVs) as representing the future of the automotive industry worldwide.

“Initial customer order is very pleasing. We have also seen from the US far over 300 clients who visited us over the last two weeks and who have seen the Specter here. They have all deposited already, they haven’t seen the Specter before, they put the deposit down. Once they have seen it here – delighted!”

Talking about what makes this EV truly a Rolls Royce, Müller-Ötvös highlighted the build quality, acceleration, and the feel of flying on land as aspects that make a Rolls Royce and that this new EV will have that ingrained in its DNA.

Furthermore, the CEO believes that electrification fits perfectly with the car brand, as the new EV is not silent, torquey, and delivers ‘whaftability,’ a word Rolls Royce uses for the car’s acceleration ability and feeling it provides during acceleration.

The EV luxury market is now getting another player, making the space that much more crowded where Tesla (NASDAQ: TSLA), the EV giant, Lucid (NASDAQ: LCID), and Nio (NYSE: NIO) are just some of the rivals the new Rolls EV will have to take on and beat at their own game.

Regardless of the number of EVs, the end users will stand to benefit from the increased competition and choices, which in the end, should drive quality and pricing. 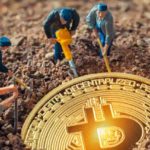