The Bank of Russia is now conducting a test for the digital ruble with 12 different banks, revealing intentions to begin consumer pilots in April 2023 rather than in 2024 as initially planned.

The central bank digital currency (CBDC) may become fully operational in 2023; however, according to the central bank, it is more probable that it will have the launch roadmap by that time, Russian news outlet CBR reports.

Additionally, it was established that the digital ruble has the potential to serve as an alternative to SWIFT. According to Olga Nikolaevna, First Deputy Governor of the Bank of Russia, as per TASS, “this also solves the issue of disconnecting from SWIFT because, with such integration, SWIFT will no longer be needed.”

Integration with the digital yuan

Furthermore, it’s been speculated that the digital yuan, which China has been testing with users since October 2020, would be integrated into the system.

“Next year, more active work will begin on the interoperability of national currency platforms,” said the First Deputy Governor. She added, “then it will be clear with whom exactly this is possible.”

The Pilot was initiated in June of 2021, and one of the primary drivers for its creation was the need to address concerns over the concentration of bank holdings. On the other hand, the new SWIFT restriction could explain why they’ve stepped up their efforts.

In addition, Nikolaevna noted that the banks testing digital currency were developing at varying rates, with around half making quick advancements. This helps to clarify how it is possible for banks to make faster advancements.

Additionally, the central bank is of the opinion that within the next three years, the majority of “self-respecting states” will have digital currencies.

The issue of the usage of the digital ruble across borders could become fragmented with international payments if a large number of nations circumvent SWIFT outside the states that have been sanctioned. This will result in an increase in both complexity and expense. In particular, it could be difficult to make the CBDCs compatible with one another.

However, several of the world’s central banks are now participating in pilot programs for international payment efforts or multi-CBDCs (M-CBDC).

There is a project known as M-CBDC Bridge, in which Hong Kong, Thailand, China, the United Arab Emirates, and the Bank for International Settlements are all involved (BIS).

In addition, BIS, as well as the central banks of Singapore, Malaysia, South Africa, and Australia, are also participants in Project Dunbar. 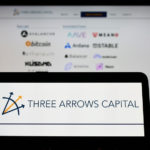