On Monday, February 28, Russia was struggling to keep its financial system from collapsing as a salvo of crippling Western sanctions imposed over the weekend in response to the invasion of Ukraine battered the country’s economy.

The ruble lost roughly 20% overnight, trading at 100 to the US dollar at 6 a.m. ET, after falling as much as 40%. Whatsmore the opening of trading on the country’s stock market was initially delayed and then halted entirely, due to technical difficulties, according to a statement from the nation’s central bank.

Despite the fact that the Moscow Stock Exchange is closed, for the time being, Sberbank of Russia (SBRCY) has a London Stock Exchange listing and has witnessed a -69.15% drop in value, meaning it is currently down -$2.81, trading at $1.25 after previously closing at $4.06 on February 25.

As a result, Sberbank currently has a year-to-date return (YTD) of -92.40% crashing to its lowest price since its listing.

Russian President Vladimir Putin was scheduled to conduct crisis meetings with his top economic advisors after the ruble plummeted to a historic low against the US dollar, the central bank more than doubled interest rates to 20%. In addition, analysts predict that the Russian economy will shrink by 5% this year.

According to the latest round of sanctions, which was announced by the United States, EU, UK, and Canada, Russia will be expelled from SWIFT, which will “paralyze” the assets of Russia’s central bank.

“We will … ban the transactions of Russia’s central bank and freeze all its assets, to prevent it from financing Putin’s war,” European Commission President Ursula von der Leyen declared in a statement Sunday.

Following the ruble’s fall on Monday, the Russian central bank implemented emergency measures that included a significant increase in interest rates, which were raised to 20% from the previous 9.5%.

Notably, the Russian ruble-to-Bitcoin (RUB/BTC) trading volumes reached a nine-month high on February 24 as the country’s fiat currency fell to record lows in the aftermath of the invasion of Ukraine.

Given that State Duma deputy from the Communist Party of the Russian Federation (CPRF), Nikolai Arefiev, has revealed 60 trillion rubles belonging to the Russian population will be seized in the event of a fresh economic collapse

More Russians are turning to crypto owing to the anonymity and decentralization that it provides, given that the CPRF would be unable to access their funds. 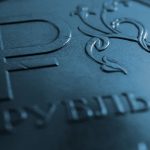