Bitcoin (BTC) trading has increased significantly in Russia due to the COVID-19 pandemic-related lockdown. Most of the Russian cryptocurrency exchanges, including Garantex, Binance Russia, and EXMO reported an increased number of user registrations. Also, they said that there was increased activity on their platforms between March and May 2020.

For instance, EXMO reported increased activity by 15-20% on their platform, according to rbc.ru. The most notable trend was a surge in the Bitcoin Futures trading activity. Bitcoin Futures operate similarly to Futures Trading on the traditional assets.

Bitcoin Futures let traders speculate on the future BTC price without owning any bitcoin. Binance Russia announced that the figures in April and May 2020 are twice the numbers they got in March. Also, the same figures are five times the numbers recorded in January.

Sergey Mendelev, Garantex Exchange Founder, however, said that rising trading activity in Russia is not related to individuals who withdrew deposits or received “payments from the budget.”

Russia had offered financial aid to its citizens, while banks have accommodated loans to the pandemic people. Mendelev explained:

“In my opinion, the increase in the number of users is associated with interest from entrepreneurs; and those who have sufficient funds for risky investments.”

Self-isolation imposed due to the health crisis is one reason that increased trading activity in Russia, according to United Traders analyst Fedor Anashchenkov. Russia has also witnessed an increased interest in cryptocurrencies. But Fedor says the volume is almost always linked to the price fluctuations.

When Bitcoin exploded to its all-time highs near $20,000 in December 2017, interest in cryptos was also high. The most significant spike in activity in Russia happened in March 2020. That was around the same time when Bitcoin and the traditional stock markets worldwide experienced flash crashes.

Nevertheless, Fedor believes that sentiment in cryptos is still positive since retail and large investors’ confidence remains quite uncertain in the traditional instruments markets. He expects that the interest in Bitcoin will grow further once the price stabilizes above the $10,000 level.

Russia had started to relax some lockdown restrictions this June; and RBC-Crypto reported reduced interest in Bitcoin according to Google trends. Maria Stankevich, EXMO Exchange Director, attributed it to the dwindling interest of the people who were just partially interested in the crypto topic. She commented:

“With the partial relaxation, those who were reading about crypto during the lockdown may have already switched to other types of activity, including walking. However, trading volumes and trading activity on our exchange are not affected because only the price and the situation of the market matter in that aspect”.

The fate and direction that crypto will take in Russia will be determined this 2020 fall when the country will adopt the crypto bill. The bill is expected to impose tighter restrictions on the use of crypto assets. 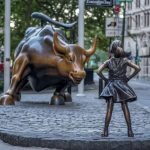