Spain’s banking giant Santander is in the process of launching the first Bitcoin exchange-traded fund (ETF) in the country.

According to the bank’s officials, the product has been in the works for a while, mainly driven by customer demand, Eleconomista reports.

“Our clients want to buy bitcoin, but we have been quite slow to adopt it due to regulatory issues. We are now about to offer crypto ETFs,” said Santander’s Executive Chairman Ana Botín.

Worth noting is that although the institution is planning the launch, no such product has been registered with the CNMV, the Spanish securities regulatory agency. Furthermore, Botín did not provide a timeline regarding the availability of the ETF.

The move by Santander is considered a game-changer since a majority of Spanish financial asset managers have shown less interest in putting money behind digital currencies. The reluctance possibly stems from a developing crypto ecosystem coupled with a lack of clear regulations.

Banks to declare their crypto plans

This comes after the Spanish Central Bank directed financial institutions to disclose their cryptocurrency plans for the next three years. The institutions were also required to elaborate their business relationships with crypto-service providers and exposure to crypto.

Furthermore, the banking regulator also noted that the institutions should outline whether they plan to issue tokens or provide crypto custody, trading, or payment services.

With cryptocurrencies surging in value, Santander will likely record further growth with the launch of a Bitcoin ETF. According to our previous report, the bank ranked third among Western European banks’ with top TSR (Total Shareholder Return) at 12.1% between April 2021 and July 2021.

Only BBVA offers Bitcoin trading and custody system services among Spanish financial institutions through its subsidiary in Switzerland, where legislation on crypto-assets is considered clear and more advanced.

Cryptocurrency enthusiasts will be keeping tabs on the possible impact of the ETF on the overall Bitcoin price movement. Recently, the United States regulator, the Securities Exchange Commission, approved the first Bitcoin ETF, which propelled the asset to a new all-time high.

The product acted as a catalyst that pushed the entire cryptocurrency market to new heights after experiencing heightened volatility instituted by China’s regulatory pressure. 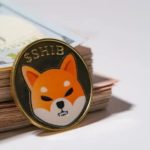 72% of all Shiba Inu (SHIB) holders are in profit