Following Russia’s invasion of Ukraine, concern about the conflict’s worldwide implications, particularly on the price of wheat, and other commodities has grown.

Speaking with Daniela Cambone, from Stansberry Research, Bloomberg senior commodity strategist Mike McGlone highlighted that the quick rise in wheat prices suggests the end game in 2022 will be reminiscent of 2008, as rapidly increasing commodities, particularly food, pressure consumer sentiment and heighten the possibility of a recession.

“Wheat is one of the most significant in terms of how much Russia and Ukraine’s percentage of global exports may be up to a third. But it’s also food and to me, it’s just part of that whole tide that I think is not a potential for recession but almost a guarantee we will get a global recession out of this.”

Notably, McGlone said the supply shock itself won’t be felt with wheat but rather the export of fertilizer which will ultimately have a long-term effect.

“That cutback and fertilizer supply from Russia that’s significant for long-term as Russia is one of the largest suppliers of nitrogen fertilizer on the planet, potash and stuff like that. If you cut back fertilizer we’re probably gonna have a long-term drop in yields… It’s also why I think the grain prices are going to stay high for a while versus crude oil and copper much more just to collapse because that’s what they typically do in these environments.”

It’s also worth highlighting that banks and forecasters are becoming extremely bullish on commodities, with many stating that they haven’t seen a commodities crisis like this in a very long time.

However, the commodities strategist also believes the assumption that the market has priced in a huge supply shock, with Russian crude oil not leaving the market, is incorrect since a substantial portion of the Russian crude oil production he believes is going to China, the world’s largest importer.

The importance of the statistics on oil is highly destructive to pricing, McGlone notes “at some point, you’re gonna turn around and it’s gonna be down 50% not in a day but that’s just what’s happened in the past.”

Ultimately, there will be a significant paradox that will force Europe, in particular, into a recession while also perhaps pushing Russia into a full economic collapse, while the United States and Canada he considers should perform well after the markets get over this current crisis. 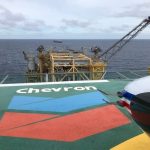