National Securities‘ chief market strategist Art Hogan has projected that the ongoing market turbulence will continue until the end of June despite the current trading week beginning on a positive note.

During the CNBC ‘Trading Nation’ show, Hogan noted the near-term turbulence would hit all markets, including bitcoin, stocks, and even SPACs.

“The month of May and certainly the month of June likely will be very similar in their patterns: choppiness on an intraday basis, but flat at the end of the month,” said Hogan.

The strategist tied the current volatility to inflation worries but acknowledged that the stock market had managed the swings well, considering the Dow Jones index is up 2% in May while the S&P 500 has remained flat. However, the Nasdaq index that entails most tech companies, has plunged 2%.

Hogan stated that most market swings occur in correlation with inflation reports. Notably, the April inflation surged to a 12 year high amid the rising energy prices. The Consumer Price Index increased 4.2% from a year earlier.

He added that cryptocurrencies, technology, and SPACs are playing a key role in the market swings amid stretched valuations alongside speculations.

For investors, Hogan advises focusing on a long-term portfolio without engaging in aggressive trades regardless of the risks. Elsewhere, Hogan projects that the S&P 500 index will potentially surpass his initial l year-end target of 4,300. 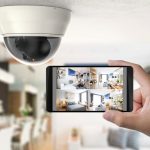