Dog-themed meme coins and tokens have had a particularly busy week. In terms of overall market capitalization, Shiba Inu (SHIB) soared into the top 10 cryptocurrencies for the first time, dethroning Dogecoin (DOGE).

On the other hand, the price of DOGE is falling, having fallen over 1.59% in the past day to a price of around $0.28 per coin. After swiftly gaining in reaction to SHIB’s news—by around 30%—it has lost some of its momentum and has dropped back below SHIB to occupy the tenth position on the index.

Indeed, the decentralized token has now achieved what the community refers to as “the real flipping,” which is when the token’s market valuation surpasses that of Dogecoin.

The token competitor to DOGE now, amid an impressive recent price performance, has seen its number of holders continue to spike. On October 28, the number of SHIB holders had topped 800,000, with an additional 30,000 added in a single day to bring the total to 816,790. Meanwhile, as of October 30, the number of holders stands at 848,818, according to CoinMarketCap.com.

“#ShibArmy should we add #SHIB as a payment option on http://Crypto.com Pay?”

The fact that meme currencies have once again caught investors’ interest and those searching for fast profits in recent weeks goes without saying.

Nonetheless, traders should exercise caution and do due diligence before investing in any meme currency, such as the Squid Game token, which traders of the crypto-based on the popular Netflix (NASDAQ: NFLX) series of the same name had issues selling on Pancakeswap. 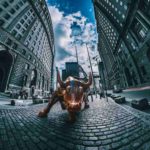 Three stocks to consider adding to your portfolio in November