Although the majority of the cryptocurrency market is sustaining its bearish streak, some of its assets are actually advancing, including Shiba Inu (SHIB), which has seen a price increase on Thursday, June 30.

Indeed, in the last 24 hours, the dog meme coin’s price has climbed 3.73% over the previous 24 hours and currently trades at $0.00001026, leading the market in daily gains out of the top 100 cryptocurrencies by market capitalization, as per data retrieved from CoinMarketCap on June 30.

Meanwhile, its weekly chart is showing an increase of 4.15% compared to seven days before.

The second-best gainer among the top 100 cryptos at press time was UNUS SED LEO (LEO), which has gained 0.33% on the day, but recorded losses across the previous week.

At the same time, SHIB is one of the most trending coins on CoinMarketCap at the moment, second only to STEPN (GMT).

This data, combined with the daily gains, could indicate that the interest of crypto traders in SHIB is slowly returning; shortly after Finbold reported on Google search queries entailing the keyword ‘Buy SHIB’ recorded a drop of 100% from a popularity score of 8 in 2021 to an all-time low of 0 on June 22.

That said, SHIB has recorded a drop in value of more than 70% since the year’s turn, and most of its holders are currently in losses. 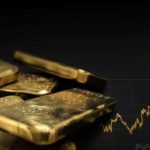