Meme cryptocurrency Shiba Inu (SHIB) is losing holders amid a turbulent period when the coin is undergoing a series of high volatility.

The users have been growing consistently with SHIB’s record surge in value, resulting in the coin to rank among the top cryptocurrencies based on market capitalization.

Notably, most investors are attracted to meme coins to make quick money, and it can be interpreted that the wiped-out holders are selling their holding to avoid further losses.

Selling their SHIB holdings means that traders are lowering their exposure to the token, a riskier asset.

The loss of holders also potentially points to a changing market sentiment where investors are focusing more on metaverse projects as the hype around meme cryptocurrencies cools down.

However, it is worth noting that the SHIB holders still stand above the crucial one million mark, an indicator there is still interest from retail investors.

Overall, SHIB has also been recording a drop in other metrics. As reported by Finbold, the number of SHIB on-chain transactions dropped by over 40% in January, marking the fourth consecutive monthly decline for the coin.

Elsewhere, interest in the keyword ‘Buy Shiba Inu coin’ on Google Search is also down by over 90% in the last three months.

Despite the drop in SHIB holders, the meme cryptocurrency has had a lively start to the year in the network’s development. Shiba Inu aims to launch its layer two blockchain called Shibarium to lower the transaction fees alongside operating the growing number of users.

The price is likely impacted by the current general market volatility. Traders will be looking out for signs of a break-out, considering other altcoins have shown signs of recovery. 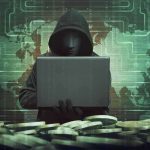 Wormhole confirms all $320 million in funds have been restored