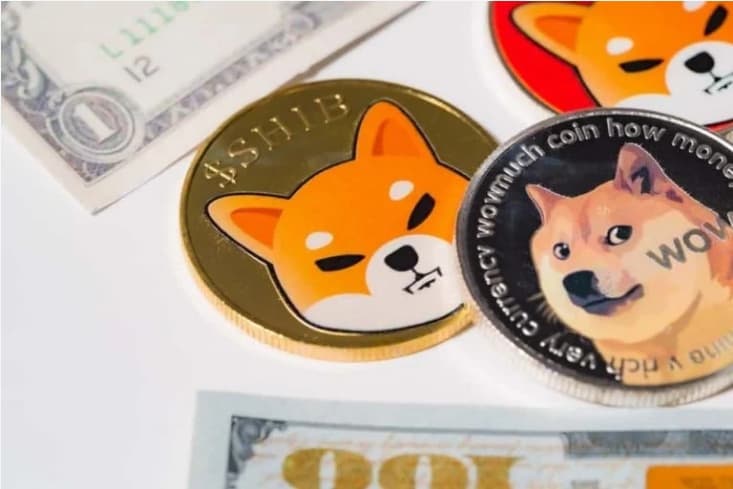 On CoinSwitch Kuber exchange, between April and October 2021, Dogecoin accounted for 13.76% of the platform’s total trading volume, followed by Ethereum’s 6.06%, while Bitcoin ranked third at 6.04%, Hindu Business Line reports.

Other assets that accounted for significant transaction volume include Internet Computer at 5.08% and Polygon’s MATIC at 4.52%.

“Interestingly, Dogecoin, a popular cryptocurrency born out of a meme, has been on an uptrend, rallying in the last six months, even surpassing widely used cryptos, Bitcoin and Ethereum,” said Sharan Nair, CoinSwitch Kuber Chief Business Officer.

Elsewhere, on WazirX, over the past week, almost half of the trading volume emerged from Shiba Inu, which has also been dubbed as the Dogecoin killer.

Buying $100 of SHIB every 14 days for a year would have lost you over $500 DOGE records increased utilisation in criminal activities, research shows Elon Musk: ‘I have never said people should invest in crypto’

According to WazirX CEO Naschal Shetty, the interest in Shiba Inu emanates from the token’s popular supporting community.

“The growth of Shiba Inu shows the power of being a community-driven project. In recent months, SHIB has been in the news for being listed on more exchanges, thereby increasing liquidity and access to the token,” said Shetty.

Both Shiba Inu and Dogecoin’s rise in popularity stems mostly from social media activity coupled with support from celebrities. For instance, Dogecoin’s rise in 2021 was aided by a flurry of tweets from Tesla CEO Elon Musk. Musk has emerged as a key figure in DOGE’s growth.

However, both meme cryptocurrencies have received backlash for lacking a real-world use case. For instance, Scion Capital’s former hedge fund manager, Michael Burry, has previously called the token “pointless” and a “bad investment option.

Despite the criticism, Shiba Inu continues to receive increased adoption from several merchants contributing to its popularity. For instance, the coin is accepted as a payment option by Argentine real estate firm Candoli Propiedades alongside Paris-based restaurant Le Bistrot d’Eleonore et Maxence restaurant.