Despite the bearish sentiment surrounding the crypto market as a whole and the fact that Shiba Inu (SHIB) is now trading far below its all-time high which it reached in October 2021, interest in the dog meme token appears to be increasing.

Indeed, over the course of one month, SHIB has attracted over 20,000 new investors as interest returns to the decentralized finance (DeFi) asset, according to data Finbold retrieved from CoinMarketCap on July 11.

Now it seems that SHIB is bringing back its holders, as their most recent number surpasses both the ones from March 16 and June 2. In the last three months, the meme token has added nearly 70,000 holders, growing from 1,129,628 on April 13 to the current amount.

At the same time, the token is becoming more adopted as a method of payment as Uber Eats and DoorDash started accepting it in the United States, along with Bitcoin (BTC), Ethereum (ETH), Litecoin (LTC), Dogecoin (DOGE), Bitcoin Cash (BCH), and popular stablecoins on June 20, after which the number of SHIB holders continued to grow during the following week. 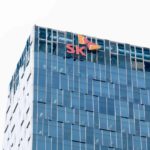