Despite the cryptocurrency market suffering a tremendous blow, some of its most avid supporters are not showing any signs of pessimism and, in fact, remain enthusiastic about its future, including the founder and managing partner at investment firm SkyBridge Capital.

Indeed, Anthony Scaramucci, who is also known for being the former advisor to Donald Trump, has expressed his belief that the crypto market will recover, as long as its participants remain disciplined, as he told CNBC’s Squawk Box host Andrew Ross Sorkin in an interview published on June 13.

As someone who is going through his eighth crypto market dip, he has stayed assured of the positive outcome, as he opined:

“I am encouraged by the fact that Bitcoin is above 50% of the overall crypto market cap right now, which is another sign that there’s a flight to quality there… I would recommend to people just stay disciplined.”

Scaramucci stressed that the situation with Celsius is putting pressure on the market in the same way that Terra (LUNA) put pressure on it about six weeks ago, advising people to stay disciplined.

“We have bought more Bitcoin and Ethereum, we have a private stake in FTX – and FTX is doing very well… So yes, people will look back on this debacle and say ‘I wish I had fresh cash to buy into that’.”

Finally, Scaramucci also warned the investors that they should be prepared for anything:

“Could it weigh down some more? Certainly. We all know that whatever you think cannot happen on Wall Street likely does happen and so we’re ready for every scenario.”

‘The Mooch’, as he’s affectionately nicknamed, has been known to criticize some of the outspoken anti-crypto billionaires, including Berkshire Hathaway’s CEO Warren Buffett and vice chairman Charlie Munger, JPMorgan’s Jamie Dimon, as well as Blackrock’s Larry Fink, for not “doing their homework” on crypto, as Finbold reported. 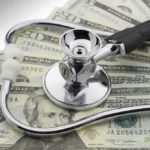