As governments and institutions around the world explore ways to introduce increasingly popular cryptocurrencies into their financial markets and operations, important financial and political figures in the United States are sharing their own two cents on how to approach digital assets.

One of them is Anthony Scaramucci, the founder and managing partner at investment firm SkyBridge Capital and former advisor to Donald Trump.

Addressing the Australian Financial Review’s Crypto Summit, he criticized several anti-crypto billionaires, questioning the quality of their research on the matter, as reported by the AFR on April 6.

“If you do the homework, you end up investing some portion of your assets in cryptocurrency and what we’re calling web3,” he said.

Scaramucci listed Paul Tudor-Jones, Steve Cohen, Dan Loeb, and Stan Druckenmiller, as people who have done ‘their homework’, in his opinion, who had all jumped on the crypto bandwagon after doing sufficient research into these assets.

On the other hand, he slammed Berkshire Hathaway’s CEO Warren Buffett and vice chairman Charlie Munger, JPMorgan’s Jamie Dimon, as well as Blackrock’s Larry Fink, over their disdain for cryptocurrencies like Bitcoin (BTC) and Ethereum (ETH).

“These sorts of traditional finance people have made a decision not to do the homework, or maybe they’ve done the homework, and they have decided that it’s just too big of a change for them at this stage in their career,” he said.

Commenting on Munger’s remarks in which he compared crypto to ‘a venereal disease’, Scaramucci added that:

“There has been [the] pandemic, global wars, and genocides and apparently Bitcoin is the worst thing for civilization. Bitcoin doesn’t care.”

The Mooch: Crypto lobbying is strong in Washington

‘The Mooch’, as he’s affectionately nicknamed, also explained some of the facts about the inner workings of Washington he learned during his assignment there:

“There’s a zillion dollars flowing into the lobbying groups associated with cryptocurrency, every one of them in the room that you’re standing in right now knows what a decentralized autonomous organization is. (…) But in Washington, they’re experiencing something called a DLO, which is a decentralized lobbying organization. This is the 3 million people in the US that own cryptocurrency,” he clarified.

Finally, Scaramucci mentioned some of the positive aspects of crypto, describing it as a ‘de-layering’ asset for the economy that could decrease the time and cost of transactions around the world.

It’s worth mentioning that, in October 2021, Finbold also reported on Scaramucci’s position toward crypto, when he expressed his belief that anybody who did their due diligence in examining Bitcoin would be persuaded of its potential.

As he put it, anybody who does ‘the homework’ ends up investing in it. He also referred to Bitcoin as “digital gold” and said he had “over $1 billion” in BTC at the time. 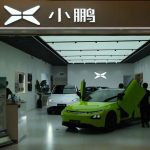 Analysts bullish on XPeng stock amid strong earnings - Is XPEV ready to break out?