Speaking to Bloomberg Market and Finance, Gayeski noted that the current correction is no different from previous price movements, and the asset remains ideal for long-term purposes.

He said that some institutional adoption might slow down following the recent debate on bitcoin’s environmental impact.

“If you step back and look at your choices for how you play currency debasement if you care about liquidity and you care about non-correlation, you know, Bitcoin, in particular, is still a very strong choice for you alongside gold and maybe to a lesser extent copper,” said Gayeski.

He added that bitcoin’s bull run is still on based on last year’s May 11 halving event. According to Gayeski, after a halving event, the bull market typically lasts for about 18 to 24 months.

However, he acknowledged that the correction was ‘horrific,’ but an upward movement is still at play for the next three to six months.

The officer stated that it would be hard for bitcoin to push above $40,000 and $45,000 in the near term. By press time, the crypto was trading at $35,448, according to data provided by CoinMarketCap.

After sustaining a rally in 2021, bitcoin attained an all-time high of $64,800 on April 14 but the price plunged by almost 50% following the debate on the asset’s mining impact on the environment.

Additionally, following a renewed crackdown on cryptocurrencies in China, most of the market traded in the red zone, with bitcoin among the most hit digital currencies. 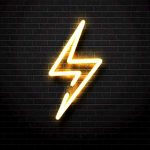