Since the upgrade to the Cardano (ADA) network in September 2021, which included the provision of capability for smart contracts, there has been enormous development.

As of July 12, the total number of smart contracts that are based on Plutus, a smart contracts platform that is powered by Cardano, has hit a new milestone of 2,900, placing it within 100 smart contracts of reaching the 3,000 mark, as data from Cardano Blockchain Insights shows.

The graph represents Plutus-based smart contracts that are now operating on the Cardano blockchain.

Specifically, the update allowed Cardano to provide a decentralized finance (DeFi) application development platform and programmability to the developer community.

Charles Hoskinson, the creator of Cardano, reacted to accusations that the planned implementation of the Vasil hard fork may damage the network’s smart contract capability.

Hoskinson noted in a tweet on July 7 that the network has taken the required precautions to guarantee that smart contracts are compatible with the updates, hence removing the need for re-writing.

He added that the charges were made by ‘trolls,’ whom he called ‘stupid’ and accused of spreading  ‘FUD’, while insisting that the smart contract would remain functional.

Elsewhere, Cardano prepares for its next hard fork, the Vasil hard fork, expected for the end of July 2022. Its goal is to expand the protocol and considerably boost the throughput of its transactional processing, and along with that, its volume and liquidity as well as improve smart contracts’ functionality.

Meanwhile, Cardano is trading bearishly in recent days, along with the rest of the cryptocurrency market. Namely, its price at press time was $0.4278, a 6.24% drop over 24 hours and 6.09% across the week.

At the same time, the market capitalization of the cryptocurrency, which is currently the eighth-largest in this aspect, stood at $14.4 billion at the time of publication, according to CoinMarketCap data. 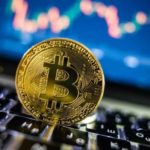 Bitcoin loses support at $20,000; Here are the next key levels to watch