After almost a year of analysis, the advertising of Bitcoin and other cryptocurrencies is set to be officially regulated in Spain next month.

Following the approval of the draft of the Comisión Nacional del Mercado de Valores (CNMV) by the council of state in December, it is anticipated that the regulations will be published in their entirety on Monday, January 17.

The document containing the advertising standards might be released this week, with the laws expected to take effect within a month, according to sources from a local Spanish media outlet, La Información.

In particular, the initiative discussed on December 22 and is now undergoing final reviews has already been in the works for some days, with the Spanish government providing the conclusions to the assessments.

The regulations, which have been amended since their first public consultation in April 2021, have a defined goal to regulate advertising. In any event, it is anticipated that it will clarify which ads must be approved by the CNMV and which commercials must also follow a range of conditions that have previously been established for the promotion of other types of financial products.

Large advertisements for cryptocurrencies that are directed at the general public would be subject to the most stringent regulatory oversight by the European Commission, among other things. The remainder of the announcements will not be exempt from regulation since the CNMV will also oversee them.

The regulations require cryptocurrency advertising to be transparent, balanced, unbiased, and non-misleading, as well as “accurate, sufficient and updated, in a manner appropriate to its nature and complexity, as well as the characteristics of the media used.”

Outside of the European Commission on the other side of the world, Singapore is seeking to restrict cryptocurrency operators’ ability to advertise their services to the general public in the nation. As a result of the Monetary Authority of Singapore (MAS) issuing new rules aimed at discouraging retail speculation in different assets that are considered to be volatile.

Notably, progress is being made in Spain on many fronts in terms of Bitcoin legislation. The cryptocurrency economy continues to flourish and spread to new areas despite tightening laws on cryptocurrency exchanges and custodial platforms.

The nation recently signed an agreement that would see another 100 BTC ATMs installed in several Spanish provinces, which, right now, is the European country with the most of these devices.

This would make Spain surpass El Salvador, the first country in the world to use Bitcoin as legal tender, in the number of active cryptocurrency ATMs. 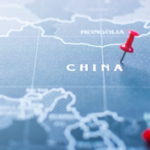