U.S. stock markets are aiming to end the week on low following losses from Monday’s high. The greenback, meanwhile, is still holding up as the globe’s reserve safe-haven currency.

“While I expect banks will continue to manage their capital actions and liquidity risk prudently, and in support of the real economy, there is material uncertainty about the trajectory for the economic recovery,”

The impact has been seen on stock markets this week with the S&P500 sliding from a mid-week high around 3140 points down to just above 3000 on Thursday.

Dow Jones Industrial Average futures dipped 89 points, S&P 500 futures fell marginally, and Nasdaq-100 futures were flat on Thursday. Bank stocks were leading the dip and apparel giant Nike also had a bad time posting a 4% loss on the back of poor quarterly performance.

Coronavirus cases in the U.S. continue to rise and hopes of economic recovery are looking bleak. European stocks also fell this week as the direction was lacking according to reports, and Brexit woes hanging over the UK did nothing to bolster confidence.

Bourses in Asia rose slightly on Friday, however, all eyes were on the U.S. which was still in the grips of the pandemic. Far eastern nations appear to have recovered a lot faster than those more ‘democratically aligned’ in the West.

In the foreign exchange markets, the dollar continues to show strength as a global reserve currency and safe haven. Cable slipped slightly to $1.24 following a mid-week high of $1.25 and the Euro also lost a little steam against the greenback, Reuters reports.

The dollar traded at 107.09 against the Japanese Yen, having gained half a percent in the overnight session. The Australian dollar has been range bound for a couple of weeks, remaining in the $0.68-$0.70 zone.

Gold prices have declined slightly following a weekly high of $1,770/oz on Tuesday. By Friday prices had dropped marginally, however, the asset was still trading close to an eight-year high. One firm has projected that gold prices will ease back for the remainder of 2020.

“We still expect that the price of gold will ease back in the remainder of 2020. Although ultra-low real yields and a somewhat weaker U.S. dollar will keep the gold price elevated, safe-haven demand will be more subdued as economic activity picks up,”

Oil prices have continued to show strength with West Texas Intermediary, the U.S. benchmark, climbing to $40 this week. Brent Crude mirrored the move, ending the week over $41.

Cryptocurrencies have been on the back foot this week with a decline in total market capitalization of 4%. Bitcoin dragged markets back, failing to break resistance once again and falling back to the low $9k range. 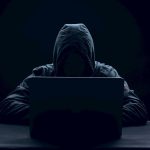