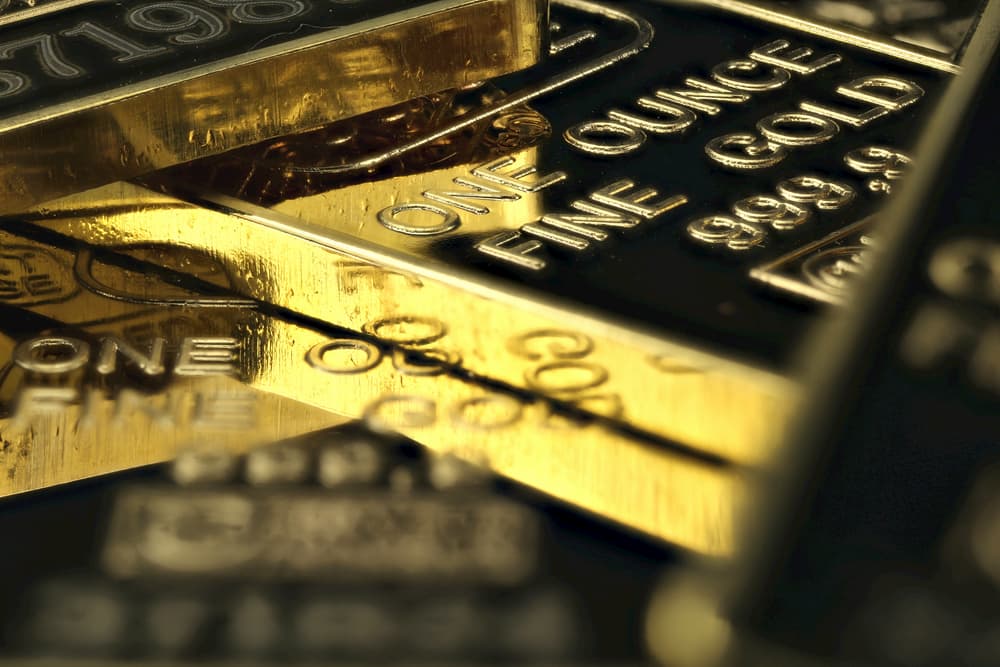 The United States holds the largest stockpile of the global Gold Reserves with a significant margin. Data compiled by Finbold.com indicates that by March 24, the US had 8,965.15 tons under control, representing about 14.81% of the 58,710.48 tons total global reserve.

From the data, the US has more Gold reserves than Germany and Italy combined, which are the closest ranked countries. Compared to Germany, the US has 5,256.01 tons more gold in its reserves which represents a percentage difference of 82.93%. In the third place, there is the  International Monetary Fund (IMF) which is the highest-ranked financial institution with 3,101.53 tons in gold reserves.

On the other hand, Italy is the second-highest European country with gold reserves of 2,702.39 tons to rank in the fourth position globally. Notably, despite having a huge gold reserve, Italy has in recent years faced economic crises. France closely follows with 2,684.98 tons. On the other hand, Russia’s reserves are almost four times less than the United States at 2,504.21 tons in gold reserves to occupy the sixth spot globally and fifth position when ranked among countries.

Gas and energy prices in Europe tumble; What to expect next? Italy grants regulatory approval to over 70 crypto firms without proper checks Bitcoin nearing a year-long downtrend on the weekly timeframe – what it means for BTC

China which unsurprisingly has the highest reserves in Asia occupies the seventh position with 2,159.80 tons in reserves. This figure is four times less than the United States’ stockpile. Other countries and institutions with high gold reserves include Switzerland (1,146.12 tons), Japan (842.98 tons), India (686.03 tons), Netherlands (674.78 tons) and the European Union (556.04 tons)

Importance of Gold Reserves to a country

Gold reserves are usually gold bullion held by a central bank or the treasury of a country or financial institution. The reserves usually contribute to the nation’s creditworthiness in the issuance of currency and bonds. With most states, Gold Reserves are held in high-security installations, often underground, and with limited access to anyone other than highly vetted individuals.

Countries usually buy gold as a defensive measure to protect against inflation, acquire loans and prevent economic meltdowns. For example, during the eurozone crisis, there were calls for Italy to sell some of its gold reserves to raise funds.

Generally, no government requires all of its money to backed by gold. However, most states increase their gold reserves by hundreds of tons yearly for both economic and political reasons. It is worth noting that the Gold reserve that is held by the state is different from the private hoard of gold held by individuals or non-financial institutions.

For many years, Gold has remained the most followed and most globally traded commodity. For both institutional and retail investors, gold is a hedge against inflation, recession, or even a pandemics like coronavirus.

The data further overviewed the year to date production of the world’s top five precious metals where Lithium holds the top spot. By March 24, Lithium, a metal mainly used in aircraft and battery manufacturing production stood at 21,420.80 tons.

In the second place, there is Silver, whose production is at least three times less compared to Lithium at 6,804.21 tons. The percentage difference between the two stands at 68.23%.

With a production capacity of 821.54 tons, gold occupies the third spot among the top five most precious metals which is about 26 times less than Lithium. Palladium and Platinum occupy the fourth and fifth spots at 48.23 tons and 36.75 tons respectively.

Precious metals are considered to be rare and have high economic value. The higher relative values of these metals are driven by factors like their rarity, uses in industrial processes and investment vehicles. The most popular precious metals with investors are gold, platinum, and silver as they are known for their coinage uses.

Investing in precious metals attracts a certain degree of security but there is some risk that comes with investing in these metals. For example, in situations such as economic volatility prices of precious metals tend to drop. In such cases, selling such metals can be challenging as prices tend to shoot up meaning that finding a buyer can be difficult.