U.S. stock markets have hit new highs this week as the Federal Reserve opens the taps on inflation, letting it run higher than its target. The greenback meanwhile has remained in a tight range, failing to gain on a basket of currencies.

Major indices in the U.S. hit record highs this week on the news that Fed Chairman Jerome Powell stated that the central bank has formally agreed to a policy of ‘average inflation targeting’ which allows inflation to run ‘moderately’ above its 2% goal for some time.

The U.S. central bank boss also stated that unemployment data can stay lower for longer before the Fed starts thinking about raising interest rates. Bank stocks led the rally this week while the tech sector cooled off after hitting previous highs.

Industry observers have started to call a stock crash as markets have been artificially inflated by the central bank and its money printers.

Essentially, faster inflation means there is more money in the economy to buy the same amount of goods, which increases consumer prices, and erodes the currency’s value.

Markets in Asia were also boosted by the banking bunkum in the States. Chinese markets were boosted by tech stocks while in Japan bourses remained relatively flat. Australian stocks were also buoyed slightly by Powell’s speech.

The dollar has hit a two-week high against the Japanese yen but held steady against most other major currencies according to Reuters.  U.S. monetary policies at the moment are highly inflationary which has the long term effect of devaluing the world’s reserve currency. This may cause investors to seek safe-haven assets such as gold or Bitcoin.

Elsewhere in the world of forex, Cable strengthened this week with the GBP tapping 1.324 on Friday, its highest level for a week while the Euro changed hands at $1.185.

Longer-term U.S. Treasury yields bounced back to their highest levels in months resulting a slight rally for the greenback, however, there was a dip of 0.23% on the dollar index against six major currencies.

On commodities markets, spot gold fell to $1,944/oz as the asset continues to correct from its all-time high earlier this month. Silver has remained flat at $27/oz, just off a seven year high. Bitcoin has also started a correction, falling back to the $11,400 level, 8% down from its 2020 high. 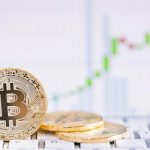 Fidelity president filed with the SEC for new bitcoin fund