Following Elon Musk’s acquisition of Twitter (NASDAQ: TWTR), much speculation has been made about the new owner’s interest in the cryptocurrency industry and how the social media platform may be utilized to include crypto payments.

In response to Elon Musk’s tweet, in which the CEO of Tesla (NASDAQ: TSLA) said that he would remove the outdated blue checkmark system and provide “power to the people!” for just $8 each month, Strike founder and CEO Jack Mallers said on November 2 that the company can integrate Bitcoin Lightning payments for Twitter Blue subscriptions ‘in days.’

Mallers stated that Lightning Network payments which are instant and ‘near-free’ Bitcoin payments, should be an accepted payment method.

“My company (Strike) partnered with Twitter to enable Lightning tips. We even offer the ability to settle these payments in USD, so there is no extra lift for Twitter (settles and reported like a card payment). This can be implemented in days, given we already have a partnership.”

Notably, the Lightning Network, a layer-2 scaling solution intended to make BTC transactions quicker and less expensive, has continued to collect use cases. For instance, the introduction of Bitcoin as legal cash in El Salvador has provided the platform with a real-world use case.

The increasing capacity of the Lightning Network will potentially lead to a surge in the day-to-day use cases of Bitcoin, like payments and investment opportunities driving the asset’s adoption.

Earlier this week, on October 31, Changpeng Zhao, commonly known as “CZ,” the founder and CEO of Binance, stated there are many reasons for supporting the deal, in which Binance invested $500 million into Twitter. CZ said he wants to help bring Twitter into Web3 but also noted his interest in solving Twitter’s payment issues. He said:

“We want to help sove immediate problems like charging for membership etc, this can be done very easily and globally using cryptocurrencies as a means of payment.”

Elsewhere, many consider that the recent price rally of Dogecoin (DOGE) may be ascribed to the token’s potential use case on Twitter as a payment method, given that Musk’s electric vehicle company Tesla, already allows the use of Dogecoin to purchase merchandise. 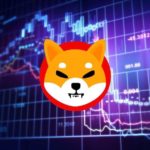