A new report published on September 2 by finance experts Finder has indicated that one in six Australians owns cryptocurrency.

The findings are based on data from Finders Consumer Sentiment Tracker, which analyzes cryptocurrency ownership in Australia, to discover why people invest in digital assets and the trends that will shape the future of crypto and the country’s financial landscape as a whole.

Bitcoin is the most popular cryptocurrency, with 9% of Australian crypto investors holding it, followed by Ethereum (ETH) (8%), Dogecoin (DOGE) (5%), and Bitcoin Cash (BCH) (4%).

Nearly 31% of Gen Z Australians (those aged 24 and younger) hold cryptocurrency, according to the Finder research, and that number has more than doubled since January. However, the number of people who possess digital currencies has declined among other generations.

Finder’s crypto specialist James Edwards predicted that the behavior of Gen Z would phase out traditional finance in the future, he stated:

“Many Aussies are now much more clear on the benefits cryptocurrencies offer, such as Bitcoin being a hedge against fiat currency and inflation, plus the ability to earn interest on assets through things like stablecoins and decentralized finance on Ethereum.”

“If the pace of education continues to grow, combined with easier access to cryptocurrencies, we should expect to see it as a dominant financial industry by the end of the decade, especially among younger generations who have never had meaningful access to traditional finance.”

Fred Schebesta, the creator of Finder, also prophesied that digital currencies would take off, stating:

“As the technology develops and there are easier ways to access it – like in the Finder app where you can buy Bitcoin and Ethereum in a few clicks – I believe the growth in cryptocurrency will explode.”

Social media, according to the research, will be a driving force behind the rise of cryptocurrencies. Since in Australia, more than half of Australians (52%) obtain their news from social media, and the presence of influential people, such as Elon Musk, and online forums, such as Reddit, have shown how social media alone may affect cryptocurrency pricing.

Crypto to overtake fiat by 2040

We reported earlier that cryptocurrency specialists predict that Bitcoin will replace fiat currency produced by central banks by 2040, in a process known as ‘hyperbitcoinisation.’ Indeed, in a previous study conducted by finance website Finder.com, 50% of respondents predicted that Bitcoin would overtake the global currency by 2040.

At the moment, the crypto market is experiencing what many consider, including crypto trading analyst Michael van de Poppe, to be the second leg of a bull run.

To conclude, over $110 billion has entered the crypto market in the last week. Also, Bitcoin has surged past $50,000 as it and the other top 10 most valuable cryptocurrencies experienced rises of at least 5%, as the market boom benefited them all. 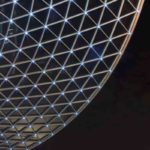