Given the bearish market sentiment permeating the markets, there has notably been a massive increase in short position traders in Q2. This strategy, which allows traders to attempt to benefit from decreasing asset prices, is occurring against the backdrop of falling markets.

Indeed, based on captured data on all executed trades on Capital.com between 1 April 2022 and 30 June 2022, 38% of traders on the platform carried out short-position trades in Q2 2022, which was 34% higher compared to the previous quarter, according to the latest ‘Pulse’ report by the trading and investing platform shared with Finbold on July 27.

Moreover, the study found that during the period in question, short-selling was marginally more profitable (32.1%) than long-position trades (28.7%). As per Capital.com’s Chief Market Strategist David Jones:

“The ability to sell-short could well have an impact on traders’ overall profit and loss. This could be particularly true if we enter a period of prolonged weakness in markets, where investors stop being rewarded for just blindly buying the dip. Using sensible risk control measures such as stop losses in tandem with short-selling could be a prudent addition to a trader’s overall strategy.”

Jones also opined that the increasing number of short-position traders in the second quarter indicates a change in investor sentiment as markets become more pessimistic.

“As a general rule, self-directed traders and investors seldom short-sell. They are so used to buying first and selling later that it’s psychologically very difficult for them to come out of this way of thinking. Our findings show there has been a sharp rise in clients short-selling in Q2, which shows just how significant the drop in many markets has been. This may have forced many retail traders to change their mindset.”

Commodities, FX, and Indices were the most shorted in Q2

It’s also worth mentioning that the Pulse study disclosed further information indicating in Q2, foreign currency markets were active, with traders from all over the globe shorting the chances of the US dollar in comparison to other currencies, most notably the Japanese yen.

The most common pair of currencies traded worldwide was the US dollar against the Japanese yen (USD/JPY), except the United Kingdom and Africa.

“The NASDAQ 100 did show the tentative signs of trying to form a base during June which should make for an interesting third quarter as the battle between the bulls and bears continues,” said Jones.

During that period, the commodities market that saw the highest short selling was the oil market. The percentage of oil CFDs sold short increased from 35% in the first quarter to 41% in the second quarter when traded on the Capital.com platform worldwide.

Since the number of short positions in oil has been growing, market participants may be anticipating a decline in benchmark oil prices during the next three months. If inflation keeps putting pressure on the global economy, that might further feed through to the price of oil weakening Jones noted.

Interestingly, cryptocurrency and stocks were the least profitable short-selling strategies, according to the data.

While long positions in the cryptocurrency market were the least profitable. Last, the report states the three instruments with the lowest use of stop loss were all cryptocurrency CFDs as it appears crypto traders took more risks in Q2. 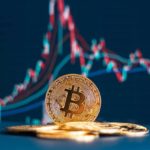