Although the cryptocurrency market and major digital assets like Bitcoin (BTC) and Ethereum (ETH) are growing with each day, getting support from governments and politicians alike, financial advisors don’t seem as convinced.

Specifically, a study by BitWise Asset Management has discovered that only 15% of investment advisors were willing to suggest clients allocate a portion of their portfolios in crypto in the previous year, as reported by The Wall Street Journal on March 25.

This leaves 85% of the 600 interviewed financial advisors still not trusting cryptocurrencies as a valid investment choice for their clients. And even those who are ready to suggest it would only carve up to 5% of the clients’ portfolios for these purposes.

However, despite such a small percentage of advisors that could be considered crypto-friendly, it is still larger than compared to the year before, when 9% of the interviewed financial advisors were willing to recommend crypto to their clients, and two years before, when only 6% were ready to do so. 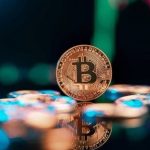 Crypto market drops under $2 trillion as BTC fails to sustain support above $42,000 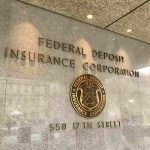 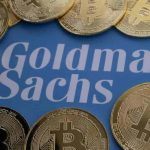 Goldman Sachs to launch crypto services to high net worth clients in Q2, 2022

That said, there doesn’t seem to be a lack of interest among the same advisors’ client base. The January survey has also found that as many as 94% of the financial advisors had received inquiries about cryptocurrencies from their clients.

What is behind the financial advisors’ reluctance?

There are multiple reasons that prevent financial advisors from fully opening up to the opportunities offered by the cryptocurrency market. The main ones include their own trading rules, the volatility of the market, and its risks.

Specifically, advisors are only allowed to recommend regulated investments and, for now, only several Bitcoin exchange-traded funds (ETFs) have been approved by the Securities and Exchange Commission (SEC).

Citing the market’s volatility, one of the interviewed advisors, catering to investors in their late 50s or 60s said he still thinks crypto is too risky for his clients who no longer wanted to take risks. He added that:

“I want to make sure they’re not calling and saying ‘What the hell did you do?’”

That said, some advisors, surveyed one month before, are taking on the effort to educate themselves about digital assets so they can discuss them with their clients. These financial advisors see it as an opportunity to distinguish themselves from others, especially where the younger generation of investors is concerned.

Meanwhile, as Finbold reported, the cryptocurrencies market has reclaimed the $2 trillion market cap, as Bitcoin continues leading the rebound with its bullish rush above the $44,800 mark. 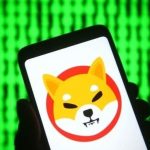 SHIB loses almost 55,000 holders in 10 days as hype around the coin wanes