As stated in a Facebook post published on Sunday, Niklas Nikolajsen, the founder and chairman of Bitcoin Suisse (BTCS), believes that the Swiss broker may be listed on a major stock exchange in the not too distant future.

Indeed, the founder of BTCS is pondering an IPO and a partnership as he hinted:

“Stock Listing: It may very well be that BTCS is also to be listed on a large stock exchange in the not-to-distant future.”

Regarding the partnership, one of two major participants in the banking and cryptocurrency finance fields, according to Nikolajsen, may collaborate with the company soon.

Elsewhere the company, which already has 270 employees, plans to increase its workforce Nikolajsen confirmed:

“Growth: We project to open and fill some 100-130 new positions in the next 4 quarters. We predict growth in all of our core business lines.”

In addition, as per Nikolajsen, capital raising is also in the works, but it is unclear if this will be accomplished via a financing round, a private placement, credit, or a combination of the aforementioned possibilities. In the past, the business has attracted a large number of investors.

“I could add many more things to the list, but it is safe to say that it will be a most exciting time at Bitcoin Suisse in the year to come! Crypto-assets and Decentralized finance are here to stay – and we have barely seen the beginning!”

Tokenized shares in the future

In accordance with the Facebook post, Bitcoin Suisse intends to tokenize its shares in the near future and has just amended its statutes to do so. The news comes after the Swiss broker reported a good first half of the year, which trading commissions and fees fueled.

Finally, the firm experienced a management shake-up last month, with key roles in the company’s legal, compliance, and risk procedures being replaced. This occurred after the start-up withdrew its application for a banking license with Swiss financial regulator Finma, citing the regulator’s worries that the company was not doing enough to combat money laundering.

Its worth mentioning that Bitcoin Suisse and others have demonstrated increasing interest in cryptocurrency businesses going public, such as Coinbase, in April. Coinbase’s market capitalization surpassed $100 billion after its initial public offering on the Nasdaq, although the stock fell later. 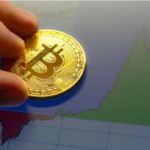