After losing momentum in recent weeks, the price of Terra Classic (LUNC), the original chain of the collapsed Terra (LUNA) ecosystem, is recording sustained gains despite the general crypto market consolidating.

By press time on December 2, LUNC was changing hands at $0.000182, representing a gain of about 12% in the last 24 hours. Despite starting the week trading sideways, LUNC’s weekly chart shows the token peaked at $0.00019, up a further 14% across the last seven days.

The latest rally has come at a time when LUNC is also witnessing increased buying pressure, with the asset recording an inflow of about $110 million within 24 hours to hit $1.09 billion.

Before the latest rally, LUNC price had corrected after the FTX cryptocurrency exchange debacle hit the market. However, the asset’s technical analysis is bullish, with a summary going for a ‘buy’ at nine on the daily gauges. Moving averages are ‘neutral’ at one, while oscillators are for a ‘buy’ at three.

Indeed, the latest rally is part of the community’s efforts to save the token after the infamous collapse. Besides the initial short-squeeze campaign, the LUNC network is recording increased activity as developers attempt to give the asset more utility.

For instance, the network underwent the Terra Classic v22 upgrade that aims to allow governance changes, staking, and burn. Furthermore, the Terra Rebels group unveiled the v23 upgrade intended as part of re-enabling inter-blockchain communication between Cosmos blockchain and the Terra Classic system.

Furthermore, LUNC is now backed by almost 40 decentralized applications (dApps) at a time the community has accelerated reducing the token’s supply through burning. The burning activity has resulted in the destruction of about 402 million tokens per day.

At the same time, there is a proposal by the IBC bridge to allow holders to swap LUNC for LUNA. This bridge, scheduled to open later this month, will make it possible for the Terra community to make swaps for the two tokens.

As Terra Classic scrumbles to gain utility, the asset’s price is threatened by external factors, with the case proceeding against founder Do Kown ranking among the top. Indeed, South Korean authorities are still pursuing Kwon to answer to allegations of violating the country’s laws.

In the past, LUNC has corrected following news on the prosecution’s investigations.

In the meantime, the LUNC community has maintained a bullish outlook for the asset. As per a Finbold report, the Terra Classic community on CoinMarketCap predicted that the asset would end the year at $0.00025.

In general, as the market remains highly volatile, there’s no guarantee LUNC will sustain the ongoing gains. 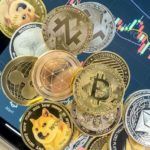 Top 5 altcoins to watch in December 2022