Terra Classic (LUNC), the original chain of the collapsed Terra (LUNA) token, continues to be at the mercy of sellers, with the asset witnessing a sustained capital outflow. After recording gains contrary to the general crypto market bearish sentiment, it appears LUNC is losing momentum.

In particular, by press time as of November 2, LUNC had a market capitalization of $1.47 billion, representing a loss of about $130 million within 24 hours from $1.60 billion recorded on November 1. The capital outflow represents a drop of 8.8%, according to CoinMarketCap data.

The selling pressure has also been reflected in LUNC’s price, which remains bearish. Interestingly, the downturn has emerged despite most altcoins recording gains over the last week in the wake of the general market’s short-term bullish resurgence.

The correction in value and capitalization comes despite the LUNC community initiating several activities to give the token more utility. For instance, the burning mechanism was meant to help the token regain its value, with a section of investors believing the token was worth saving.

At the same time, more organizations are showing the intention to help the community with KaJ Labs, the developer of Lithosphere (LITHO) announcing a plan to establish a $55 million grant for developing decentralized apps (dApps) on the Terra Classic chain and Lithosphere blockchains.

In general, LUNC’s price trajectory is failing to align with the general market movement means the initiatives taken to improve the network should start bearing results since it will partly contain the selling pressure.

The Do Kwon factor

Furthermore, developments in the case facing Terra founder Do Kwon remain a factor in the token’s price. Like in the past months, negative news about Kwon will potentially impact the price, bearing in mind that a red alert exists against the founder who remains on the run.

However, as reported by Finbold, Kwon got some relief after it emerged that South Korean authorities are struggling to build against him. Notably, the country’s lack of solid crypto laws is viewed as the main barrier to Kwon’s prosecution.

In general, investors appear to be moving away from the short-squeeze campaigns initiated by the LUNC community through social media. Notably, the initiative pushed LUNC to follow the trajectory of meme coins like Dogecoin (DOGE) and Shiba Inu (SHIB). 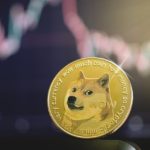