South Korean prosecutors investigating the collapse of Terra (LUNA) asked that the Ministry of Justice issue a “notice upon arrival” for Terraform Labs CEO Do Kwon and a travel restriction for Terra cofounder Shin Hyun-seong.

The Seoul Southern District Prosecutor Joint Financial Crimes Investigation Team Director Dan Sung-han, who is in charge of the investigation into the Terra fiasco probe asked that the Ministry of Justice notify Kwon, who is believed to be residing in Singapore, upon arrival, according to a report by South Korean outlet Heraldcorp on July 27.

The ‘notice’ is often conducted if an immediate inquiry into the individual is required. What’s more, the District Prosecutor also asked that a departure ban be placed on Shin Hyun-seong, the co-founder of Terraform Labs and the Chairman of the Timon Board of Directors, along with current and former executives. It is also said to have received approval from the Ministry of Justice.

Kwon accused of issuing crypto without notifying of dangers

Kwon is charged with continuing to issue cryptocurrencies while failing to warn investors about the possibility that the values of the cryptocurrencies (Terra and Luna) that he has issued might experience a precipitous decline.

Moreover, CEO Kwon and others are also accused of breaking the law governing pseudo-receipts by “blocking” an investment. This is alleged to have occurred when they gathered investors and had them promise that they would provide them with an interest of approximately 20% if they bought Terra and entrusted it to them.

Chairman Shin, was accused of the same thing. On the other hand, it is known that cofounder Shin Hyun-seong position had nothing to do with the ongoing events, seeing as how the collaboration with Kwon ended in March of 2020.

Prosecutors seized and searched a total of 15 locations on July 20, including Chairman Shin’s residence and seven domestic cryptocurrency exchanges.

Prosecutors are presently investigating the transaction information of Luna and Terra obtained via a domestic exchange search and seizure.

According to reports, early investors and Terraform Labs connections were also among the search and seizure targets. As soon as the prosecution finishes analyzing the collected materials, it will contact the investigating officers. 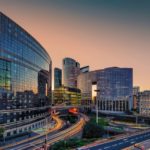