In April, the electric vehicle (EV) manufacturer, managed to deliver 1,152 vehicles, while for May, the numbers jumped to 32,165 China-made vehicles sold. Tesla’s Shanghai factory reopened on April 19, after the renewed lockdowns in China, and was struggling to get the production back to pre-lockdown levels.

Considering the backdrop of lockdowns, supply issues, and rising inflation the increase in China-made car deliveries means that the production jumped by over 200%.

Moreover, shares of the company have lost roughly over 16%, during May, while in June a slight recovery has been noted.

In the recent trading session shares closed above the 20-day Simple Moving Average, with a possible support line created above the $618 level.

Similarly, Tesla exported 22,340 units in May, compared to zero exports in April and 60 in March. Despite this, local deliveries declined by 62% year-on-year to now 9,825 units.

Meanwhile, car sales in China are expected to increase by over 10% YoY in June, as the demand suppressed by lockdowns would now be in full swing. Earlier, Tesla claimed that it aims to produce 71,000 vehicles at its Shanghai plant in June, per a memo seen by Reuters.

Elsewhere, on June 8, the EV manufacturer opened its first physical store in Inner Mongolia, indicating that the company is aiming to have a presence in North China.

With increased production and delivery, TSLA could be set to dominate the markets in China, but only time will tell how well it does. 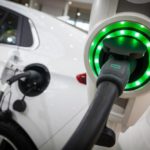