Tesla (NASDAQ: TSLA) was among the surprise growth stocks that emerged in 2020, hitting record highs despite a section of analysts’ opinion that the company was overvalued. However, the impressive 2020 growth has been vital, with investors recording positive return on investment (ROI) despite the 2021 correction.

According to data acquired by Finbold, Tesla stock registered an ROI of 224.93% between June 2021 and June 2020, outperforming some of its major competitors. Among the selected vehicle manufacturers, Tesla only trailed China-based NIO (NYSE: NIO), which had almost double returns at 539.13%.

Over the last 12 months, Tesla has had mixed performance, with the stock soaring to record levels amid the pandemic and plunged in the course of the coronavirus economic recovery.

Worth noting is that despite the current correction, the massive gains made were enough to sustain a high ROI despite the slump. Overall, the growth in Tesla stock was mainly driven by several fundamental factors, including greater retail investor interest in the stock and the inclusion to the S&P 500 index.

The company also ramped production, maintaining its status as an EV market leader, launching the Model Y compact SUV in early 2020. The model catered to one of the fastest-growing segments in the auto industry.

Tesla also had a grip on the lucrative Chinese market after beginning production at the Shanghai facility towards the end of 2019. The production coincided well with a recovery in the Chinese EV market from the pandemic despite competitors like NIO operating in the region.

Elsewhere, Tesla’s game-changing Cybertruck model seems to be working in favor of the company. As of May 25, 2021, the estimated Cybertruck pre-orders were 1.08 million. Interestingly, the pre-orders were more than the 866,750 total vehicles delivered by Tesla in two years between 2019 and 2020.

Furthermore, Tesla’s commitment to improving its vehicles’ technology also played a crucial role in the returns on its stock. Notably, the company has its focus on improved software and battery advancement.

In the wake of a new focus towards the climate change agenda Tesla has been at the center of attention, with more investors betting on the company. Some jurisdictions are also enacting legislation favoring consumers opting for electric vehicles, and as a leader in the sector, Tesla stands to gain.

Elsewhere, Tesla CEO Elon Musk’s involvement in the cryptocurrency space might have had a mixed impact on the company’s stock. Early this year, Tesla invested in bitcoin, helping drive the cryptocurrency to record levels. Worth noting is that Bitcoin is among assets that have recorded significant ROIs’ over the past year, and Tesla’s investment as a pioneer institution appealed to more cryptocurrency-friendly investors.

On the flipside, Musk’s apparent flip flop on Bitcoin accompanied by the company canceling the asset as a form of payment potentially impacted the stock. Some customers allegedly canceled their Cybertruck reservation citing Musk’s decision to “abandon” Bitcoin and opt for altcoins like dogecoin.

Although Tesla remains the key player in the category, the company is also prone to losing its position due to competition. Other American automakers, including General Motors and Ford, are scaling up their EV wings with lined-up models that will rival the Cybertruck.

The company already has a sizable share of the Chinese market, local competition, including NIO, cannot be ignored. For instance, the company’s stock has dropped in the past after reports emerged that monthly net orders in China plunged to almost 9,800 in May from more than 18,000 in April.

The drop can be attributed to the global semiconductor shortage. However, for Tesla to retain its impressive return on stock investment, the company needs to ensure factors like deliveries are on target. 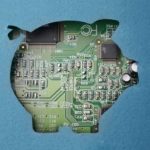