With the cryptocurrency market renowned for its volatility, many traditional investors in stocks, bonds, and precious metals have steered clear of digital assets in 2022, especially in uncertain economic market conditions.

However, the price of one of the most traded companies in the stock market, electric vehicle (EV) maker Tesla (NASDAQ: TSLA), has fallen more than the value of the two largest cryptocurrencies by market capitalization in 2022, Bitcoin (BTC) and Ethereum (ETH).

Furthermore, Welt’s Holger Zscaepitz also took to Twitter to reveal that Tesla, with a price of around $109, has never been further away from the average analysts’ price target ($255). 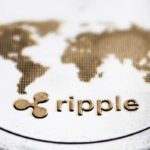 “Never in its history has Tesla stock been so far below its average analyst price target.”

Full-time trader and CEO and Founder of Eight Global, Michaël van de Poppe, highlighted that a ‘relief rally is around the corner’ and that it is ‘probably someone closing shorts and reversing trade.’ Interestingly, on December 27, he noted his key areas to watch:

“I’d be looking for a knife-catch on $TSLA in these regions. Probably some relief around the corner if the region between $100-110 holds.”

Even while many companies struggled during the epidemic, finbold noted that Tesla was one of the best-performing stocks as investor focus shifted to technology. As the economy struggles to gain traction in the face of persistent uncertainty, Tesla’s market capitalization has been steadily declining since the beginning of 2022.

In the last three months of 2022, Tesla’s market value losses totaled $436.32 billion, which was more than the combined market caps of its top 10 competitors.

In Q4 of 2022, the combined market value of all competing electric vehicle manufacturers was $280.78 billion. As a result, Tesla’s fourth quarter 2022 market value loss was 55.39% more than the sum of the losses of the ten largest rival EV manufacturers.

Disclaimer: The content on this site should not be considered investment advice. Investing is speculative. When investing, your capital is at risk. +659 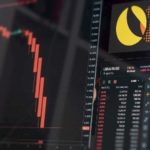