Tesla (NYSE: TSLA) stock price breached $2,000 level for the first time in history as the bull case scenario reached $2,500. The shares of the largest electric vehicle company soared more than 378% since the beginning of this year, extending the twelve months gains to 786%.

The shares are currently trading around $2038 and Tesla stock took only one month to add the thousand dollars to its each share price.

The latest stock split is among the biggest share price driver in the past week. The upcoming battery event set for the next month could also be one of the biggest catalysts for more share price gains.

Wedbush has provided a bull case scenario of $2,500 amid strong EV demand from European and Asian markets.

“We continue to believe EV demand in China is starting to accelerate in July/August with Tesla competing with a number of domestic and international competitors for market share with Giga 3 remaining the linchpin of success which remains the prize that Musk and Tesla are laser-focused on capturing,” Wedbush analyst Dan Ives said.

Meanwhile, several other analysts are citing strong future fundamentals for Tesla, but they believe shares are overvalued at current valuations. Morgan Stanley has provided a price target of $1360 for Tesla stock.

Tesla has reported stronger than expected profit for the second quarter despite lockdowns and slower production. That marks the fourth straight quarterly profit in a row.

The EV automaker has generated second-quarter free cash flow in the range of $420 million. The company still expects to deliver almost 500K vehicles this year, with guidance for Semi deliveries to start in 2021. It has also been aggressively working on expanding its production facilities to capitalize on increasing demand. 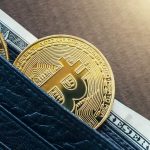