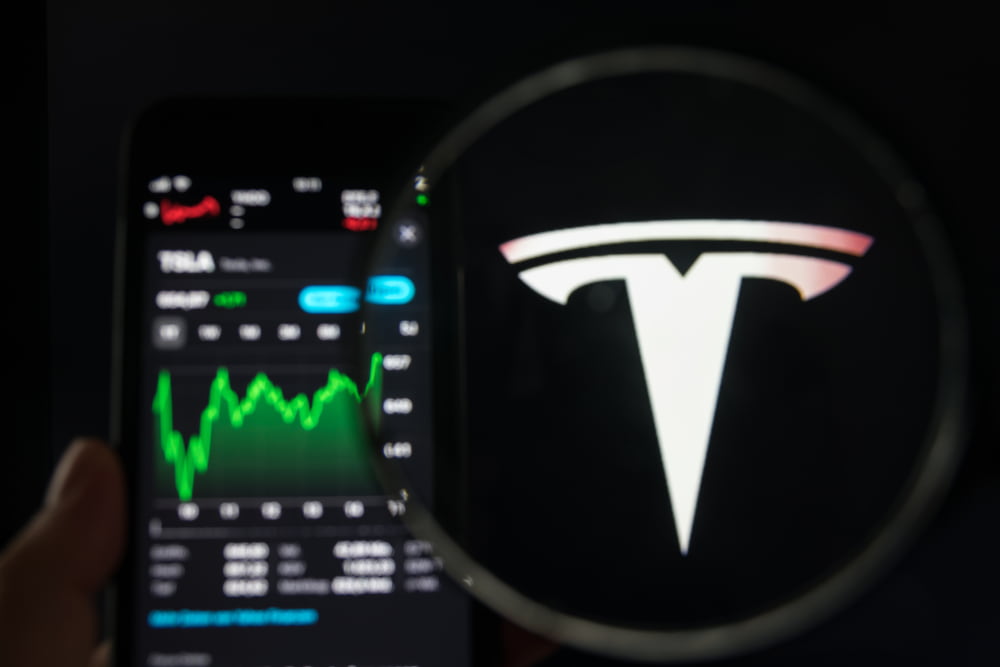 On April 20, Tesla reported its solid first-quarter financial results which were impressively strong.  Adjusted earnings per share for Q1 were $3.22 almost 2.5x from the same period last year, with consensus stuck at $2.26.

A tide that lifts all boats

The ‘halo effect’ the company had and still has raised other EV names. Lucid (NASDAQ: LCID) rose 3%, Mullen Automotive (NASDAQ: MULN) rose 10.7%, and Lordstown Motors (NASDAQ: RIDE) by 3.5%. The luster Tesla has is not as strong as it used to be but it still represents a tide that lifts all boats.

Federal Reserve (Fed) chair Jerome Powell stated that interest rates are going higher which rained on TSLA parade and most of the EV tickers lost the ground they had previously covered.

The chart shows a clear move above all daily Simple Moving Averages, though the shares have lost some ground after a 10% pop. In recent sessions, higher volumes were seen giving the stock a much-needed respite from the lows it hit in March.

Analysts are still giving the stock a moderate buy; however, re-ratings might be coming after a blowout quarter the company had. The average price that analysts see for the next 12 months is $1,061 which is only 5% above the current price of $1,008.78.

Generally, Tesla is much more than just an EV company that strives to have a constant desire to prove naysayers wrong. It seems that the EV giant proved that it’s possible to navigate the supply chain issues and deliver impressive results amid challenging times.

Supply chain issues and Covid in China seem to have minimal effect on this behemoth. Investors should keep in mind all of the developments when deciding to bet against Tesla and its quirky CEO Elon Musk.