The Bank of Japan (BoJ), on Monday, April 5, 2021, launched the experimental phase of determining the feasibility of issuing a central bank digital currency (CBDC).

In a statement, the experiment’s first phase will entail testing the basic functions of CBDC when deployed as a payment instrument like issuance, distribution, and redemption. The inaugural experimental phase will run until March 2022.

The BoJ will then enter the second phase of testing to determine the digital currency’s extensive functions. If deemed necessary, the bank will move to the third phase, where private businesses and end-users will participate in a pilot program.

Despite the bank moving ahead with testing the feasibility of a CBDC, the institution has no plans of issuing the currency. However, the test acts as a backup if the need arises.

“While there is no change in the BOJ’s stance, it currently has no plan to issue CBDC. We believe initiating experiments at this stage is a necessary step,” said BOJ executive director Shinichi Uchida.

Interestingly, in March, BoJ Governor Haruhiko Kuroda cited the heavy reliance on cash and the 2011 earthquake disruption as the reason to keep executing offline payments.

Therefore, Japan has been the first country to explore how to utilize the CBDC in offline setting.

Although no central bank has issued any digital currency, several institutions are still conducting studies on the viability of CBDCs. China is leading the pack as it nears the rollout of a digital yuan.

In the U.S., the Federal Reserve Bank of Boston and the Massachusetts Institute of Technology (MIT) have announced plans to unveil two digital dollar prototypes as early as July 2021. 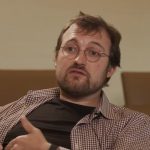