On Monday, May 16, a crypto investor who is suspected of trespassing into the residence of Do Kwon, co-founder, and CEO of Terraform Labs, was questioned by the authorities in Seoul, Korea.

The suspect, whose name has been concealed, is said to have broken into the apartment complex located in the eastern part of Seoul a week ago, and then proceeded to ring Kwon’s doorbell while his wife was inside the residence, according to a report by Korean outlet Yonhap.

According to the authorities, after Kwon’s visit, his wife asked the police to safeguard them both from further harm. Kwon said previously in his blog post that Terraform Labs is working on methods to keep its Terra blockchain and ecosystem operating despite the collapse of its coin.

“I have lost about 2 to 3 billion won (US$2.3 million),” the suspect informed reporters after undergoing an investigation at Seongdong Police Station.

Who is Do Kwon and what happened to LUNA?

Kwon is the key figure in the precipitous decline of the algorithmic stablecoin TerraUSD (UST) and its Terra (LUNA) token counterpart.

A month after hitting a new all-time high of $119 US dollars, the price of LUNA is currently trading at almost zero $0.00012, down 45% on the day despite a recent pump while the price of TerraUSD is trading at a level somewhere around $0.09 cents.

The suspect, who runs an internet broadcasting station, alleges that individuals have taken their own lives as a result of the stablecoin’s fall. Additionally, the investor wanted Kwon to extend an apology to more than 200,000 investors who had seen their investments evaporate.

Earlier on May 16, Finbold reported LUNA had exchanged almost all their Bitcoin. Indeed, after confusion around where the missing 80,000 BTC reserves went The Luna Foundation Guard, the organization responsible for the Terra ecosystem led by Kwon released information regarding its missing reserve funds.

The Luna Foundation had sold 80,082 of its Bitcoin reserves for UST between May 8 and 10, leaving them with just 313 in Bitcoin remaining. 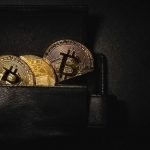