Former stockbroker, commonly known as the “Wolf of Wall Street,” Jordan Belfort, has shared his opinion on the collapse of the FTX crypto exchange and the role played by its founder Sam Bankman-Fried.

According to Belfort, after observing the conduct of FTX’s former CEO, he believes the collapse was likely premeditated, he said during an interview with Fox News on November 17.

At the same time, Belfort labeled Bankman-Fried as a sociopath as he faces allegations of misappropriation of customer funds while warning that the FTX business model might have been a pump and dump scheme.

“The guy is a sociopath. I mean, he’s insane. He is now basically saying the whole thing was a giant virtue signal, and all that matters is if, at the end, whoever has the most money at the end wins. He is going to get the book thrown at it eventually, but this goes much deeper than we’re seeing right now. I mean, this is a premeditated thing for sure,” Belfort said.

Interestingly, Belfort termed FTX’s business model as a ‘frat house’ while questioning why backers of the exchange had failed to see any warning signs.

“This is more of a frat house than a real business at the end of the day. I think the more disturbing thing, though, is the fact that all these major league hedge funds and VCs didn’t pick up on what is so blatantly obvious. <…> You know, all these huge companies are investing with these obvious warning signs out there,” he added.

Furthermore, Belfort suggested that all Bankman-Fried decisions can be equated to insanity while challenging regulators to focus on customers who lost money in the exchange’s collapse.

Implications on the general market

Indeed the FTX collapse has resulted in a widespread market correction, with most assets losing a significant share of their value. Notably, the incident has extended the crypto bear market.

In this line, Belfort had previously highlighted several tips to survive the crypto winter. As reported by Finbold, Belfort recommended having a three to four years horizon for assets like Bitcoin (BTC), investing in Bitcoin and Ethereum (ETH) only, and not playing into the panic and selling.

Interestingly, the market downturn has impacted investors in different aspects. For instance, following the FTX collapse, owners of the exchange’s native token, FTT, have emerged as the most stressed. Elsewhere, Dogecoin (DOGE) holders rank among the least stressed crypto investors. 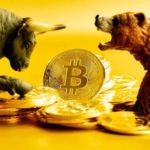 Can Bitcoin bulls trigger a new rally to $18,000 as bears lose momentum?