The rise of the crypto sector has attracted investors as well as fraudsters. Many institutional investors are still hesitant to join, citing a lack of regulations in an otherwise promising industry. In that context, official reports confirm that Tokyo police have arrested two men accused of stealing ¥78 million in bitcoin. The suspects allegedly stole from an overseas crypto exchange, as discovered on January 23.

Takuma Sasaki, 28 and Yuto Onitsuka, 25 got arrested by the Metropolitan Police Department’s cybercrime unit. They were booked in for computer fraud charges according to investigative sources.

The two individuals may have accessed the account of a Tokyo-based crypto management firm on CoinExchange. They stole the funds in bitcoin from that account on October 29, 2018. The stolen bitcoin ended up in two accounts managed by these suspects on domestic and foreign exchanges.

Reportedly, Onitsuka was working for the Tokyo virtual currency management firm at the time. Thus, he had the username and password for the company account. Sasaki might have got the login details from Onitsuka. He then used that information to withdraw the bitcoins illegally.

Some of the stolen tokens might have changed into cash that found its way in Sasaki’s bank account. He then withdrew ¥6 million from the account and used it for travel and other purposes, as highlighted by the investigative sources.

Sasaki and Onitsuka knew each other via an online bulletin board between four and five years ago. However, they had never met each other. One source quoted Onitsuka stating that he wanted to bankrupt the company he worked for since the management policy of the president disgruntled him at that time.

The police started their investigation after the company reported that heist. 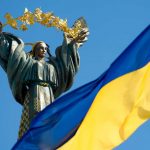