Despite the recent price correction, Ethereum mining pools have earned a significant amount of rewards in a short period.

Data shared to Finbold by cryptocurrency trading simulator Crypto Parrot indicates that the top five Ethereum mining pools cumulatively earned 77,450 ETH in rewards, translating to over $192.69 million. The rewards were earned over seven days between July 27 and August 2, where 29,021 blocks were mined.

The activity on the Ethereum network, like the planned upgrade and price movement, has contributed to the significant mining rewards in seven days. Over the last seven days, Ethereum has managed to sustain a rally, gaining by almost 8% over the same period.

By press time, the second-ranked cryptocurrency was trading at $2,475. The gains come after Ethereum suffered a price correction that impacted the entire cryptocurrency market.

Amid the correction, the Ethereum fees plunged to a six-month low in June, and the recent awards show it is picking up.

Furthermore, the Ethereum rally can also be attributed to the London hard fork, slated to go live on August 5. The upgrade will lower the amount of Ethereum in circulation and, in return, contribute to the high demand for the asset.

In general, Ethereum has recorded an increased activity following the network’s utilization in sectors like DeFi and NFT.
Interestingly, Ethereum is likely to overtake Bitcoin at some point as the perfect store of value. Already, there are signs of this shift after Ethereum surpassed Bitcoin in total daily active addresses for the first time. 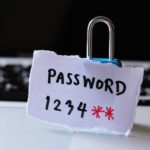