Speaking during an interview with Bloomberg Technology on August 16, Powell stated that the regulatory sanctions are not well thought through, suggesting that they are a ‘knee-jerk reaction’ to protect consumers, especially after the infamous Terra (LUNA) crash.

According to Powell, the Tornado Cash service can be equated to freedom of speech and questioned whether the sanctions would survive a constitutional challenge.

“The transparency people can evaluate for themselves what’s really happening. This is mostly like a knee-jerk reaction, a hasty response to what happened with UST and Luna recently. Regulators are overreacting looking to protect people,” said Powell.

Kraken to comply with sanctions

Despite expressing objection to the sanctions, Powell noted that Kraken would block transactions from addresses linked to Tornado Cash.

“We would prohibit withdrawals to any addresses associated with Tornado, and we would likely freeze any funds coming in from a Tornado address,” Powell said.

Powell maintained that individuals have a right to privacy, an element the government took away through its actions on Tornado. This comes after the Treasury imposed sanctions on Tornado Cash, accusing the platform of repeatedly failing to set effective anti-money laundering rules.

“The Treasury is sanctioning Tornado Cash, a virtual currency mixer that launders the proceeds of cybercrimes, including those committed against victims in the United States,” Treasury said.

The allegation aligns with a report by Finbold, indicating that a new investigation revealed that Tornado Cash receives 75% of funds laundered on Ethereum.

Following the sanctions, a Tornado Cash developer identified as Alexey Pertsev was arrested by Duch authorities on August 12. The arrest has resulted in an uproar within the crypto community, considering the founder of Terra, Do Kwon, is still alive and free.

Since Terra’s crash, Kwon has been implicated in numerous reports accusing him of being complicit in the crash. Kwon came under scrutiny for continuing his normal life while giving interviews, yet he is linked to fraud in the crash.

A community section has questioned why Kwon is free, yet Tornado Cash developer was arrested for creating code seeking to enhance privacy.

It is worth mentioning that the crash of Terra partly accelerated the global focus on enacting regulations to protect consumers. 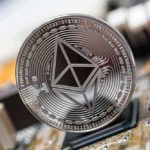 8 misconceptions about the upcoming Merge dispelled by Ethereum.org