As the fallout caused by the blockchain company Terraform Labs (TFL) and cryptocurrency lending firm Celsius continues to claim victims across the crypto ecosystem, the involved entities have been taking the heat from all sides, including a class action suit by a United States law firm.

Braga Eagel & Squire, P.C., a nationally recognized stockholder rights law firm, has announced a class action lawsuit in its press release on July 24 against Terraform Labs, CEO Do Kwon, crypto hedge fund Three Arrows Capital, and other related persons and businesses, at the U.S. District Court for the Northern District of California.

Namely, the suit was filed “on behalf of all persons and entities who purchased or otherwise acquired Terra tokens including UST, LUNA, KRT, ANC, WHALE, ASTRO, APPOLO, XDEFI, MINE, aUST, vUST, MIR, Mirrored Assets (…), Liquidity Pool tokens (…), and/or Bonded Assets (…) between May 20, 2021, and May 25, 2022,” the law firm said.

On top of that, the lawsuit accuses the defendants of violating the Securities Act by taking part in TFL’s failure to register the Terra tokens, violating non-securities claims and the Racketeer Influenced and Corrupt Organizations (RICO) Act, as well as the California Common Law by holding the monetary value of Terra tokens at inflated value belonging to the plaintiffs.

As Finbold reported earlier, South Korean authorities raided several local crypto exchanges as part of the investigation of the suspected fraud, after TFL was accused of money laundering and a major swindle using the Mirror Protocol.

In its other press release dated July 24, the law firm said it also filed a class action suit against Celsius Network, its CEO Alexander Mashinsky, two other related firms, and three individuals in the U.S. District Court for the District of New Jersey.

According to the press release, this lawsuit was filed “on behalf of all persons and entities who purchased or otherwise acquired Celsius securities between February 9, 2018, and July 13, 2022.”

Similar to the TFL case, the lawsuit against Celsius alleges violations of the Exchange Act by deceiving investors, intentionally making false and misleading claims, leaving out material facts, and selling unregistered securities and financial products.

In addition, the complaint also accuses the defendants of violating “provisions of the New Jersey Common Law by possessing the monetary value of Celsius Financial Products of inflated value which rightfully belongs to the Plaintiff and members of the Class.”

It is worth noting that Celsius was earlier slapped with a class action suit accusing it of a Ponzi-like scheme after its former investment manager also sued it over being involved in crypto market manipulation without implementing basic measures to protect customers’ deposits. 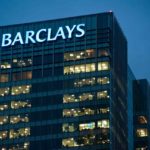