After the cryptocurrency sector finally reclaimed the $1 trillion market capitalization, most of its projects are recording improvements across the board as well, including the TRON Protocol (TRX).

Specifically, TRON’s total transfer value has recently surpassed the $5 trillion mark, adding 105 million new accounts, and recording over 3.6 billion transactions on its blockchain, according to the data by TRONSCAN published on August 1.

Expansion of the TRON ecosystem

One of the possible reasons to account for TRON’s growth is its announced partnership with WeFund, a multichain community crowdfunding incubator for blockchain and real-world projects, with the objective to gain more users in the DApp market and provide more use cases for TRON-based payments.

In early June, Finbold reported on TRON’s rapid advance which saw its TVL in decentralized finance (DeFi) increasing by 47% month-over-month (MoM) in May, making it the only blockchain to report positive results in the bearish market sentiment following the collapse of the Terraform Labs ecosystem.

By comparison, the TVL of Ethereum (ETH), the largest DeFi ecosystem, decreased by 35% MoM at the same time. Binance Coin (BNB), Polygon (MATIC), and Solana (SOL) also recorded losses ranging from 27% to 38%.

As things stand, TRX’s market cap is currently $6.42 billion, making it the 16th-largest crypto by this indicator, according to data retrieved from CoinMarketCap. 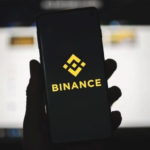