After disclosing its exposure to the Singapore-based hedge fund Three Arrows Capital (3AC), which was hit hard by a sell-off in the cryptocurrency market, crypto broker Voyager Digital has considerably decreased its daily withdrawal limit.

Indeed, the Toronto-based Voyager Digital updated its website at 23:00 UTC on June 22 – specifically the part of its customer support section that covers withdrawal limits – by reducing the allowed amount of withdrawals within 24 hours from $25,000 to $10,000 with a maximum of 20 withdrawals, crypto reporter Colin Wu tweeted on June 23.

That said, these limits may not be set in stone, as the company’s website also adds that they are “subject to change and may vary based on certain customer history.”

At the same time, Voyager Digital’s shares initially plunged more than 60% on the stock market upon revealing it could lose over $650 million it had loaned to 3AC. Year-to-date, the crypto broker’s stock price has crashed by 94%, as per Google Finance data.

Specifically, it said that it had loaned $350 million worth of the stablecoin USD Coin (USDC), as well as 15,250 Bitcoin (BTC) to the hedge fund, as Kadhim Shubber of the Financial Times reported on June 22.

Notably, Three Arrows is one of the major and most active players in the crypto industry, with investments ranging across the lending and trading landscape, including the U.S.-based crypto lender BlockFi and Genesis, which were among the entities liquidating some of 3AC’s positions.

In the midst of the crisis during which 3AC was liquidating its crypto holdings, one of the hedge fund’s co-founders, Zhu Su, published a cryptic tweet that gave a new boost of unease to the already unsettled market, in which he said:

“We are in the process of communicating with relevant parties and fully committed to working this out.”

A couple of days later, another co-founder, Kyle Davies said his company had always believed in crypto and that they still do, adding it was “committed to working things out and finding an equitable solution for all our constituents,” with the help of their newly hired legal and financial advisors. 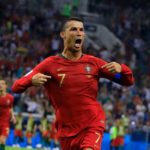