Through a tweet posted on July 27, Nebati stated that the meeting centered around the blockchain ecosystem and cryptocurrencies.

Although both parties didn’t delve into the meeting’s specifics, Turkey is known to be home to many Binance customers. Data retrieved from web analysis firm Similarweb indicates that Turkey is the number one traffic source to Binance.

It’s also worth mentioning that Turkey has been working on laws related to crypto.

The meeting comes just months after Binance expanded its footprint in Turkey by opening a customer service center.

At the launch, Binance noted that the service center serves customers with 24/7 support through its app. Notably, the center is part of Binance pilot tests, and the success will likely see similar centers opened in other regions globally.

However, the relations between Binance and Turkey have not been rosy, with the exchange suffering the impact of the country’s recent crypto laws. In December last year, Turkish authorities slapped Binance with a fine of the maximum amount of $750,000 for failing to observe new regulations. At the time, the penalty was considered the first of its kind.

Notably, the Binance woes in the country mirrored the exchange’s predicaments in other jurisdictions where it came under scrutiny for failing to implement strict measures to curb money laundering and other related crypto risks.

As reported by Finbold, an investigation revealed that the exchange was allegedly used to launder over $2.3 billion in illicit funds. Consequently, Binance has since increased its focus on hiring compliance personnel to satisfy the requirements of different jurisdictions. 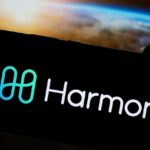