As part of its effort to become a global “crypto hub,” the United Kingdom is set to begin live testing blockchain technology for traditional market activities such as trading and settlement of stocks and bonds.

The Director General for financial services, Gwyneth Nurse, said the implementation of distributed ledger technology (DLT), which is the technology underpinning cryptocurrencies, is a significant priority for the ministry’s efforts to make the infrastructure of financial markets more creative and user-friendly, according to a statement made by the Ministry of Finance on Tuesday, June 7 Reuters reported.

As per Nurse, the United Kingdom plans to build a “sandbox” for testing DLT initiatives inside its financial market infrastructure the next year.

This is a paradigm that UK authorities pioneered for the purpose of developing fintech companies. Notably, a sandbox is an environment for testing that is used for initiatives that include real clients.

These activities are completely separate from one another. This might be altered by the use of DLT, allowing for the issuance of financial instruments such as bonds or stocks in a matter of hours as opposed to days or weeks.

“The government may also want to test how trading and settlement might be brought together.”

This year, a new law concerning financial services will be submitted to parliament, and it will include both the sandbox and regulations for stablecoins, which are cryptocurrencies that are backed by regular financial assets.

Nurse said that the Ministry of Finance and the Bank of England are doing collaborative research on the feasibility of a digital version of the pound and would have further public consultations later this year.

Even if a decision is made to going forward with a CBDC – which is something that other central banks are also looking at, Nurse indicated that a digital pound would not be ready until the second part of the next decade. 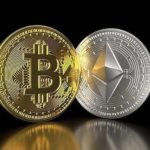