The Bloomberg Barclays U.S. Aggregate Index, a benchmark for the U.S. bond market, has tumbled 10% from it’s peak back in August 2020. This unprecedented drop has wiped out over $2 trillion in the index’s market value.

Charlie Bilello, founder, and CEO of Compound Capital Advisors shared a chart that indicates that this is by far the largest and longest correction in bonds “seen in recent history.”

“The US bond market is down 10.3% from its peak in August 2020. This is the longest (617 days) and largest correction in bonds that we’ve seen in recent history,” Bilello said.

Such large losses are usually a bad sign, however, losses in the bond market can be welcome news since lower bond prices mean higher bond yields, or at least that’s how traditional wisdom denotes it.

The Bloomberg Global Aggregate Index, the benchmark for the worldwide bond market, has also suffered losses of 11% wiping out $2.6 trillion of value. The numbers are theoretical in the sense that they’re calculated by investors tracking the global index without a currency hedge.

It’s worth mentioning that only recently global bonds plunged to their lowest levels since the 2008 crisis on March 21.

The losses in bonds, some predict, could have come due to the appreciation of the dollar in relation to other trading pairs, the euro for example which is having a particularly rough time at the moment. It would be amiss not to mention inflation as well which is running rampant at the moment and which is also affecting bond prices.

It is predicted that most bond investors are either income investors or investors expecting to be in bonds forever. In theory, the expected future rate increases by the Federal Reserve (Fed) should control inflation for the long-term benefit of bondholders.

But, there is also a nightmare scenario in which Fed cannot control inflation which would cause steeper declines in bonds. Unhedged foreign bonds could then be an option if a bond investor believes that central banks of other countries will be more successful than the Fed. 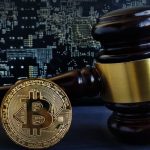