Since its inception, Bitcoin (BTC) has attracted a growing number of investors who see the flagship digital currency as a hedge against inflation.

Purchases of satoshis show that the US dollar’s value has fallen as a consequence of the government’s continuous money printing.

Particularly, the function of Bitcoin as a viable alternative to the dollar has been put to the test, but the fact remains that inflation has already reduced the value of the United States dollar by 85% over the last 50 years.

In contrast, Bitcoin’s value has stayed relatively high, although making it difficult for the typical investor to acquire a single unit of the cryptocurrency; as a result, most investors choose to purchase fractional shares of the world’s most valuable digital asset.

Accordingly, as the dollar’s buying power has weakened, the quantity of satoshis that can be bought with the US dollar has continued to decline, in contrast to the rise in the value of Bitcoin.

This figure is obtained by multiplying the price of Bitcoin in dollars by 100,000,000, which is the value of satoshis in Bitcoin.

Despite periods of significant market volatility, the decline in the number of satoshis that a dollar can purchase has been associated with Bitcoin’s over 300% price increase over the previous two years.

With a total market worth of $831.5 billion, Bitcoin has a total of 42.3% dominance of the entire crypto market. 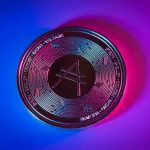