As the cryptocurrency industry advances and expands, authorities in some jurisdictions are willing to give the new asset class a chance, including in the form of adopting crypto-friendly laws, such as in the U.S. state of New Hampshire.

Indeed, the Governor of New Hampshire Chris Sununu signed on June 24 the bill which “exempts the developer, seller, or facilitator of the exchange of an open blockchain token from certain securities laws,” as its final version states.

Authored by crypto enthusiast and State House Representative Keith Ammon and co-sponsored by Representative Joe Alexander, the bill HB1503 was first proposed on January 5, 2022. On March 15, the New Hampshire House of Representatives adopted it and passed it on to the state Senate, which approved the bill on April 28.

The signing of the bill by Governor Sununu has effectively turned the bill HB1503 into a full-fledged law in the state.

As the New Hampshire House of Representatives Republican Caucus announced on Twitter on June 29, Representative Ammon had positive comments on the development, emphasizing the fact that job postings related to blockchain and cryptocurrency technology skyrocketing.

“Our state is in a perfect position to take advantage of this booming technology sector and makes several important changes to state law. As lawmakers, we need to ensure that the government does not interfere with the rapid innovation in digital assets and cryptocurrency.”

After the House adopted the bill in March, Ammon and Majority Leader Jason Osborne released a joint statement, in which they expressed their arguments in favor of crypto and its role in positioning the state “to take the lead on this revolutionary technology,” which Ammon reiterated following the signing.

Notably, politicians in the U.S. are increasingly showing interest in integrating cryptocurrencies into the country’s financial system, including the Bitcoin-friendly lawmaker U.S. Senator Cynthia Lummis of Wyoming, who officially presented her crypto regulatory bill before the U.S. Congress in early June, although admitting that it has a long path ahead before formally becoming law. 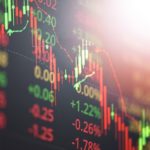