Uber (NYSE: UBER) CEO Dara Khosrowshahi confirms that the company has no interest in Bitcoin investment as the asset continues with its bull run. In an interview with CNBC, Khosrowshahi attributes the decision to the speculative nature of Bitcoin.

His sentiments come when other Silicon big players like Tesla (NASDAQ: TSLA) disclosed a $1.5 billion investment in cryptocurrency and announced to accept bitcoin as a valid form of payment for its products. However, Khosrowshahi acknowledges that the cab-hailing firm has had a conversation on Bitcoin investment.

“We’re going to keep our cash safe. We’re not in the speculation business. The upside in our company is in the business that we build, not the investments that we invest in,” said Khosrowshahi.

Although he rules out the possibility of Bitcoin investment, Khosrowshahi confirmed there is room for the company to accept other cryptocurrencies as a payment form. He did not specify the crypto Uber would consider. Khosrowshahi notes that:

“Just like we accept all kinds of the local currency, we are going to look at cryptocurrency and/or Bitcoin in terms of currency to transact. That’s good for business. That’s good for our riders and our eaters. So that we’ll certainly look at, and if there’s a benefit there, if there’s a need there, we’ll do it”

Bitcoin has been on a bull run initiated during 2020 Q4, with institutional investors massively contributing to the rally. Additionally, Paypal’s (NASDAQ: PYPL) move to allow crypto transactions also spurred the rally that has resulted in a new all-time high of $48,000. By press time, the asset was trading at $47,423, according to data provided by Finviz.com. 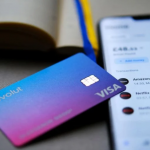